Our morning starts with 7 am breakfast. Our weekly schedule is posted up in the common kitchen area and unless something urgent arises, we pretty much stick to the daily tasks. After breakfast we were divided into groups and sent to the elephant shelters to clean up leamok, the Khmer word for poop. 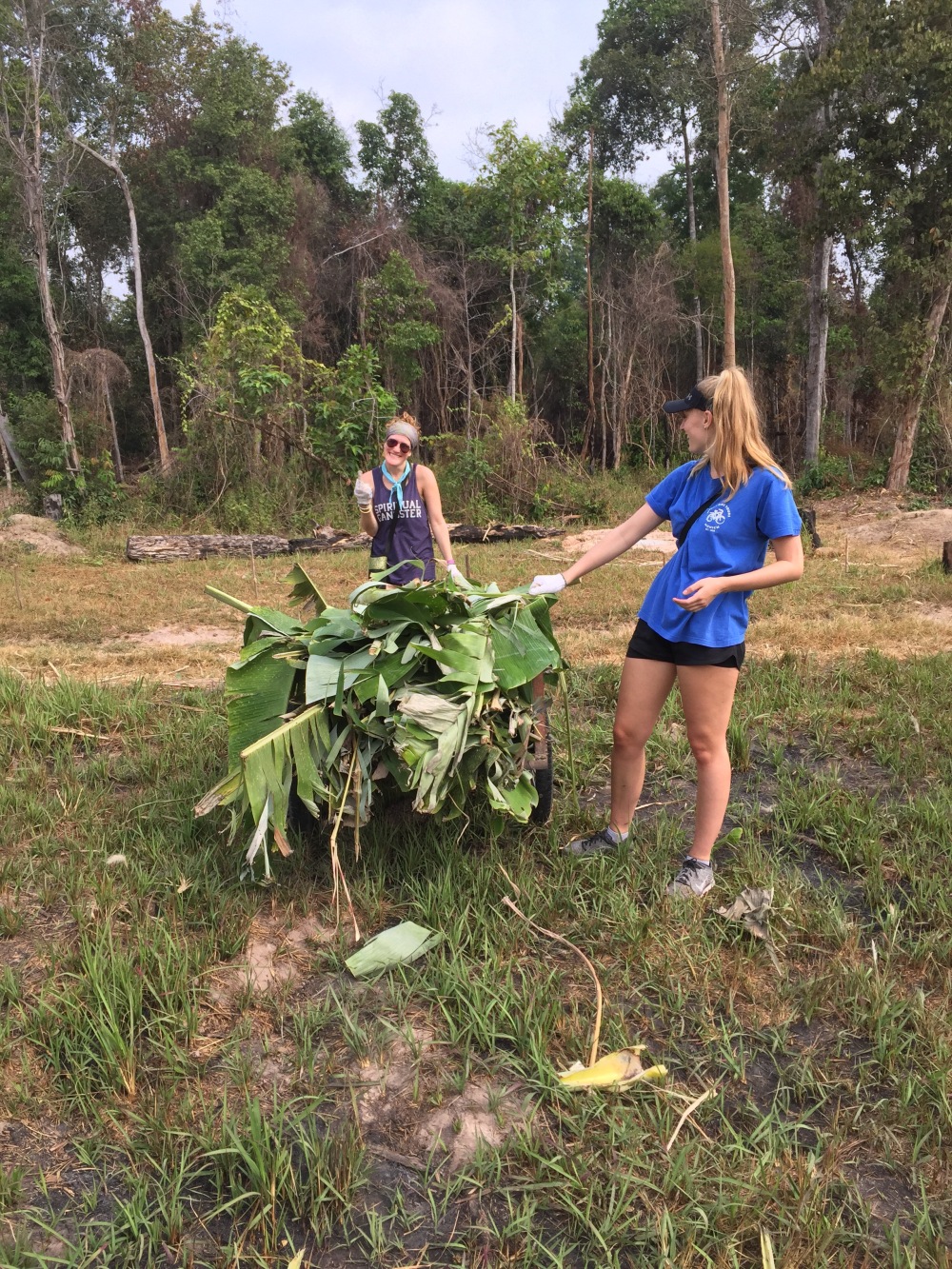 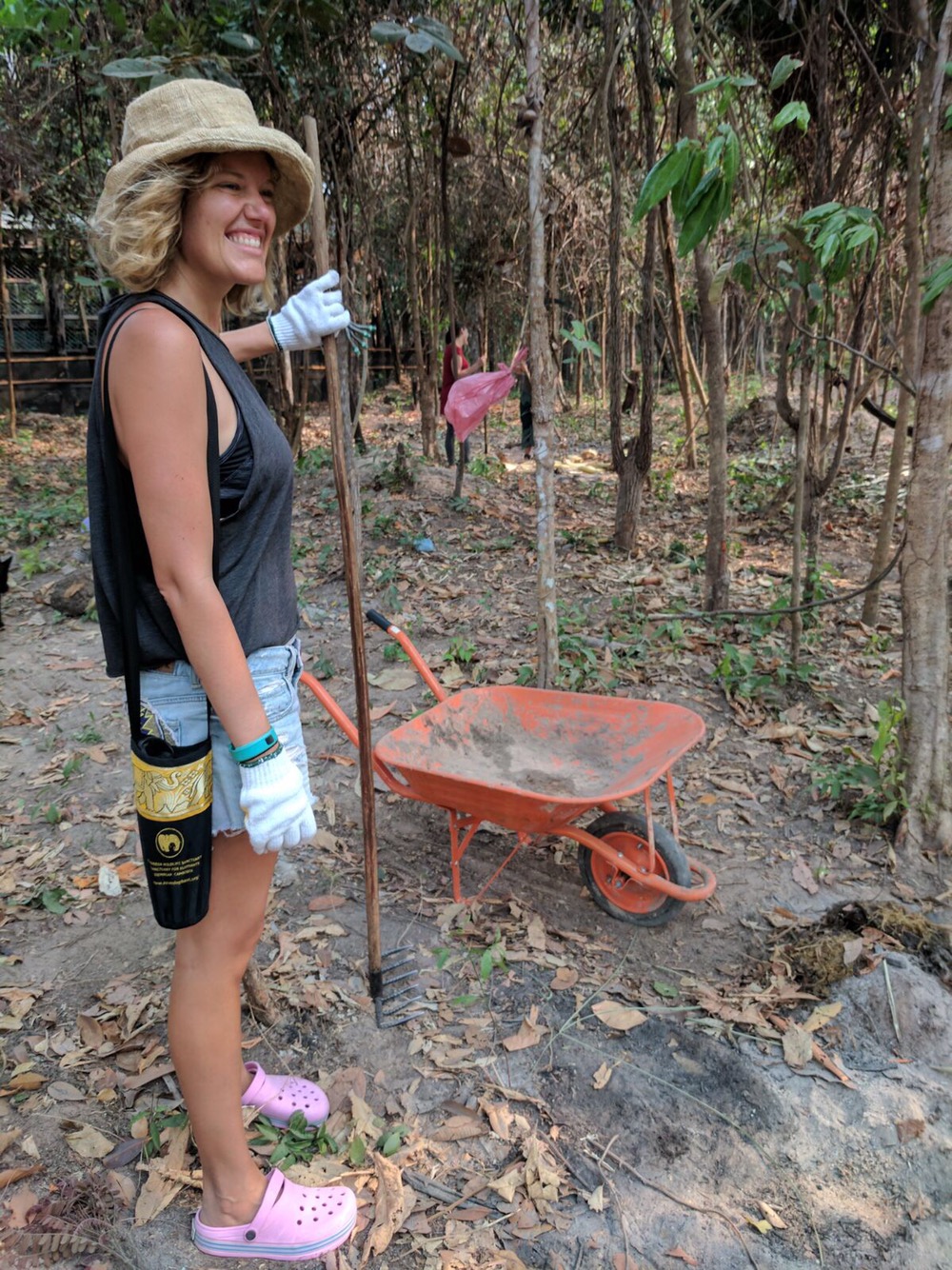 There are 4 elephants that have been rescued here on the property, all from different backgrounds. We are about an hour and a half north of Siem Reap, Cambodia.

Each elephant is given a mahout. A mahout is a an elephant trainer or keeper. Usually, a mahout starts as a boy in the family profession when he is assigned an elephant early in his life. They remain bonded to each other throughout their lives.

We work directly with the mahouts every time we are with the elephants. After lunch we walked and met three out of the four elephants, Sarai Mia, Dipoh, and Arun Reah in a nearby dam. They are being taught/trained the pleasure of bathing. 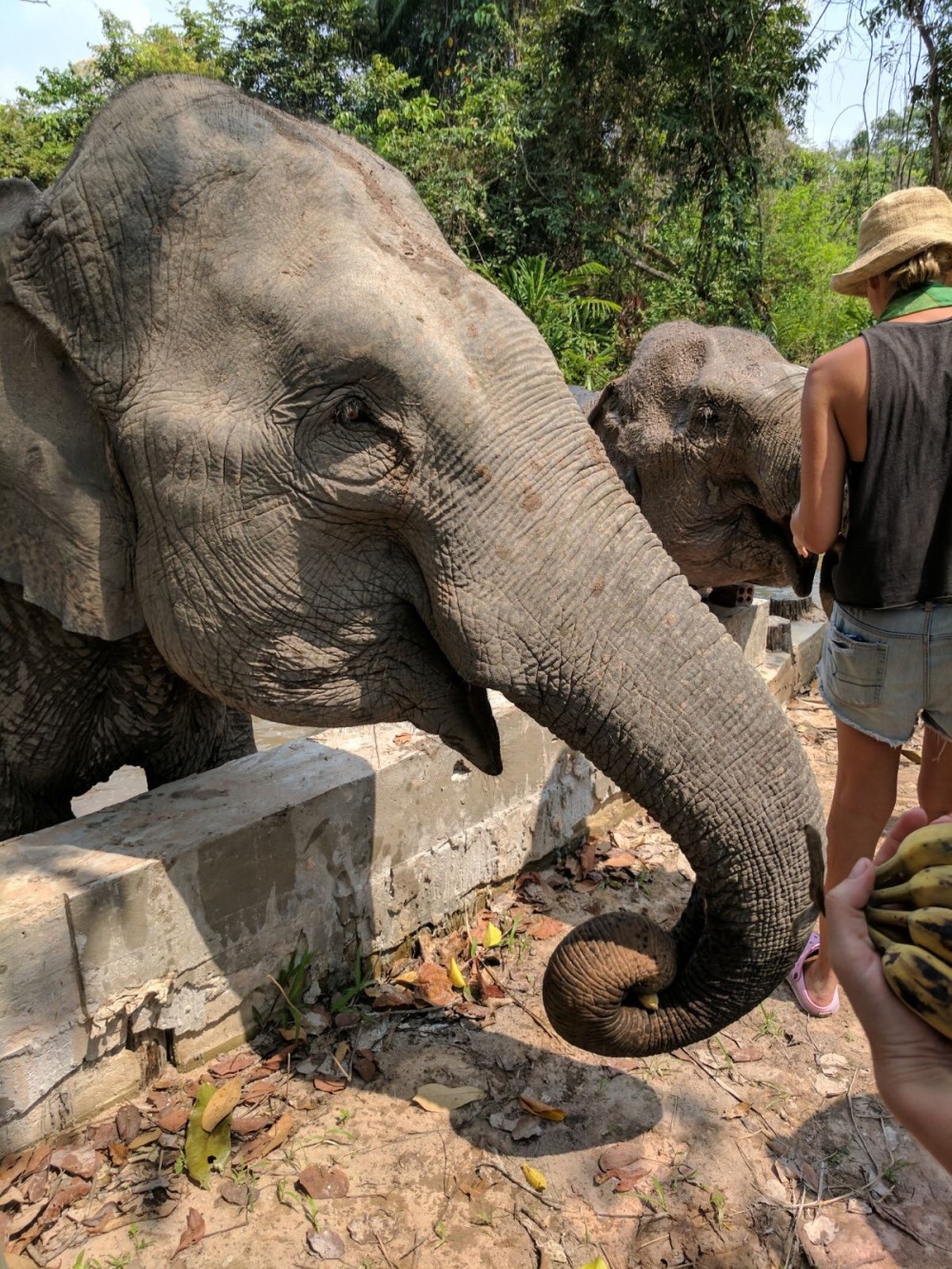 The sanctuary has a total of 100,00 acres with 25,000 dedicated to captive elephants. It is the only place in the world where the public can view elephants in their natural environment. After dinner we watched a documentary to better understand the dangers of captive elephants not just in Asia but all over the western world, too. 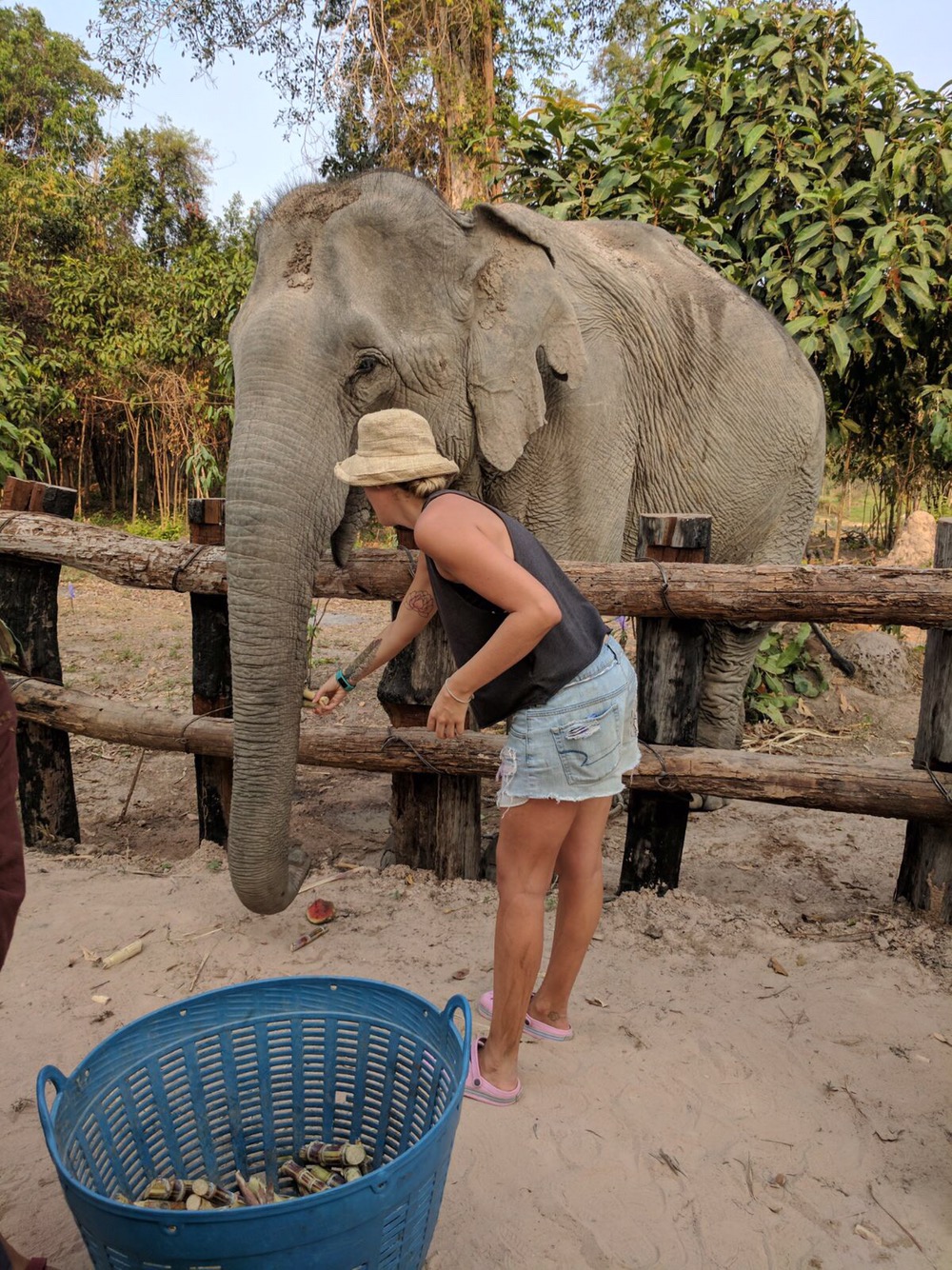 Animal attractions we have in the states are similar here in Asia, from zoo and circus acts to animal riding to logging. Just like in the states, these acts are legal. Crazy! Elephants are among the most abused when forced to entertain the public by “giving” rides or performing “tricks”.

Whether they are born in captivity or stolen from the wild, elephants must be emotionally and mentally broken before people can climb onto their backs. Even though, in the wild, elephant mothers are highly protective, baby elephants are taken from their frantic mothers so that their independence and spirit can be broken.

Handlers use force and domination to keep elephants afraid and submissive. Elephants are repeatedly hit with bullhooks—a heavy weapon with a sharp steel hook on the end. They learn to obey commands or face the painful consequences. Even though elephants are meant to roam with their families over vast distances, captive elephants are typically kept tightly chained and separated from their friends and loved ones.

Every fairgoer who buys a ticket or overseas traveler who books an excursion is responsible for this merciless cycle of abuse. Often places in Asia will advertise their elephant excursions as rescue elephants, harm free or sanctuary. These are scams. Elephant camps throughout Cambodia, Thailand, Vietnam, and other Asian countries are notorious for making the public into believing that their activities benefit elephants—often by claiming to rescue them or offer them “sanctuary”—but the reality is far darker. Elephants are being captured and broken to allow public contact. To read more visit http://www.peta.org/issues/animals-in-entertainment/circuses/

For now, its early to bed, sleeping to the sounds of the jungle under a big net.

One thought on “Our First Full Day & Our First Elephant Fart”