Last year, we had the honor of spending eight days at the Baan Dada Orphanage in Thailand. Once Dada informed us they had a sister orphanage in Indonesia our wheels began turning. Fast-forward to now; we have organized a group of six people from America to spend a week in Singaraja, a small town on the island of Bali. We would be volunteering at the Narayan Seva Children’s Home (www.narayanaseva.com). We all flew into the island and spent a few days adjusting to the time and customs before departing from Seminyak on the opposite side of the island in two vans. 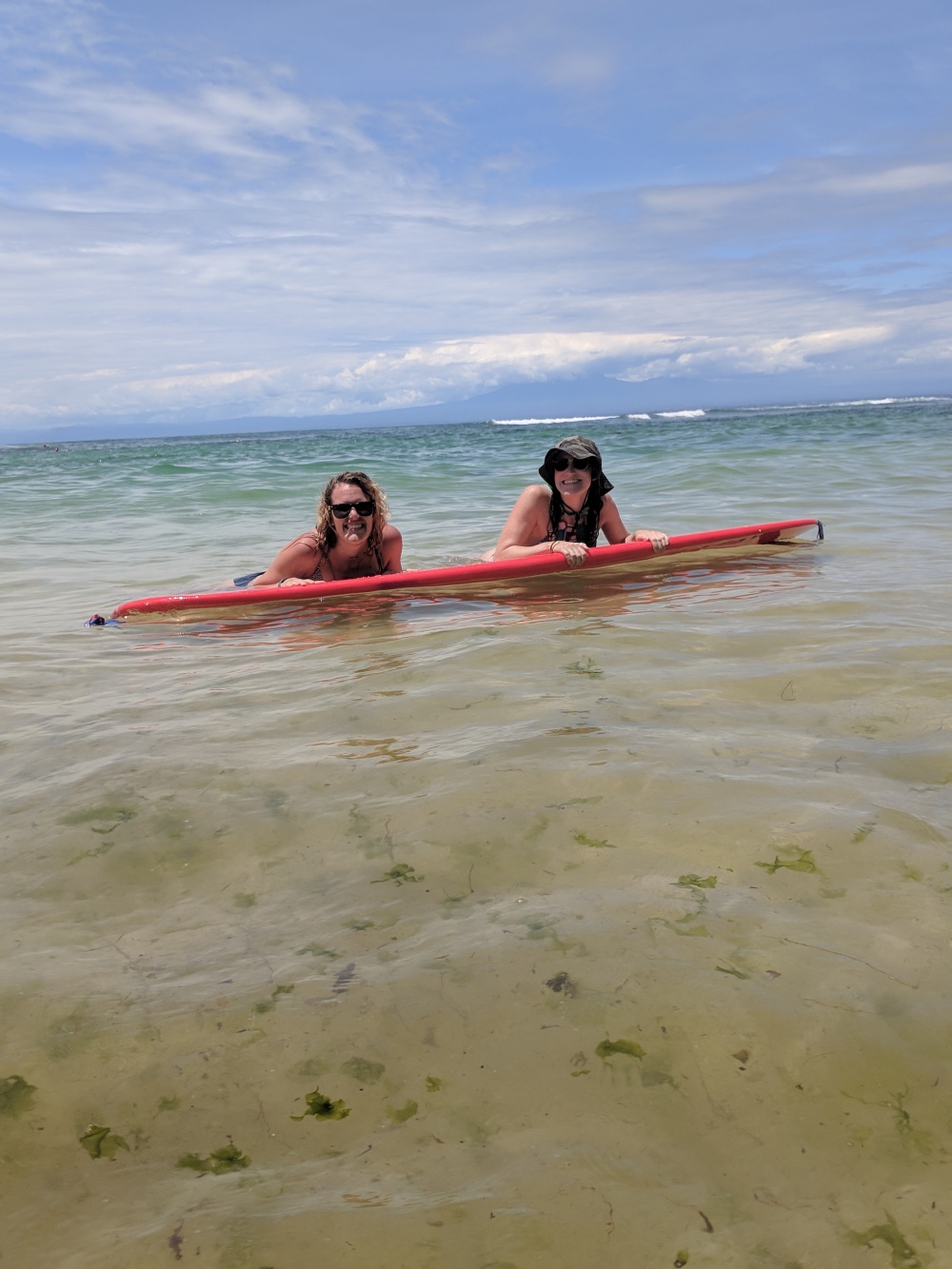 It was no easy task, as we had to convince drivers to take the long voyage. We snaked the islands rolling mountains. We passed monkeys playing

while smoke billowed from trash fires and we continued on our way through the flooded roads. Finally, three hours later, we made it to the other side. We were all anxious and excited to see how similar and different this experience would be. Their motto is similar to our mission so we knew deep down it would be a great fit. “Self Realization and Service to Humanity,” meant providing the five minimum requirements of life to everyone: food, clothing, shelter, education and medication. We pulled into the home to the sight of kids playing basketball, doing chores, cooking and studying. The energy was alive. 85 children reside at the home, all with different circumstances that lead them here. 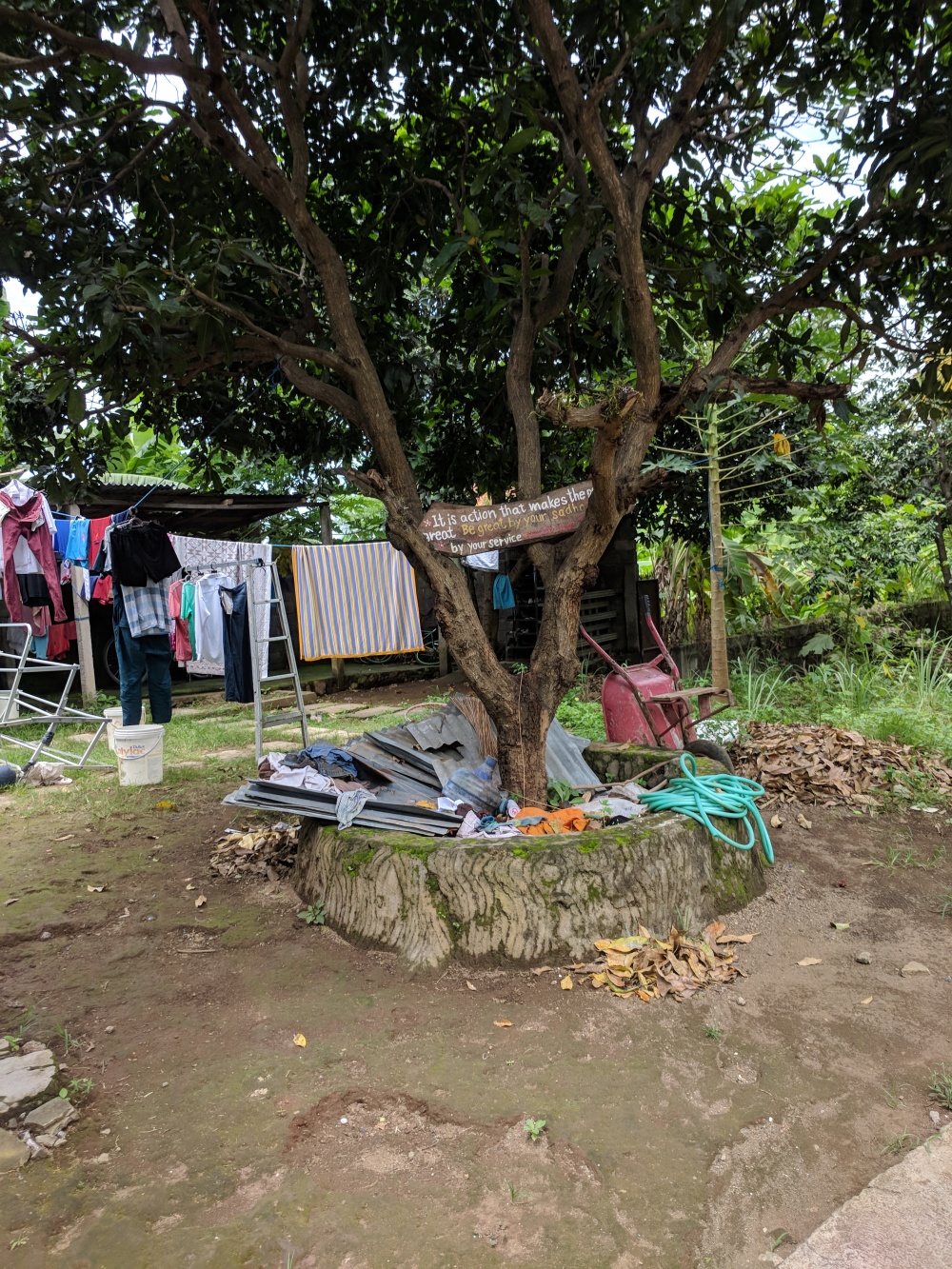 The home started in 2004 as one building structure formed by the two Didi’s (an Indian word meaning old sister). They saw a need for a place for children whom did not have these life requirements to have a place for yoga and meditation. They like to say yoga is their religion as they incorporate the principles of yoga throughout their lives. They believe the goal of life is self-realization, which can only be achieved through spiritual practices. Without a healthy society based on universal love and morality, you cannot practice spirituality properly. By living a spiritual life one can strive to be free of selfishness and to help remove suffering of others, which in turn progresses the notion of universal love.

Upon being greeted by the 85 smiling faces, we were invited to take part in their daily yoga practice. They have yoga and meditation every day. We joined in first with yoga, which was lead by another volunteer from Vietnam. It is not your typical practice done in a silent area but instead in the area that is also used for meals, homework and their outdoor kitchen. Afterwards, we all headed to the meditation hall which was filled with songs, dance, music, and the mantra we chanted last year at Baan Dada, “Baba Nam Kevalam,” love is all around you. We finished with a sharing circle where we were welcomed, introduced to each child by name and hobbies, and always followed by a “nice to meet you.” They told us they were happy because we are here and now we are their brothers and sisters, too. Once it was our turn to introduce ourselves we would say hi to everyone and they would respond “hi sister” or “hi brother” so loud the room felt like it vibrated. We were already feeling the love. We went back to the dining hall for dinner together to end our first day as new, big, happy family here in Indonesia.